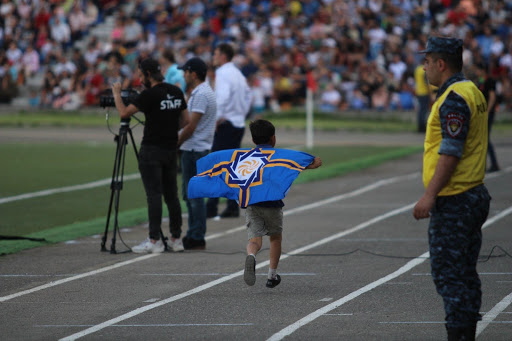 WESTERN ARMENIA –  Confederation of Independent Football Associations (ConIFA) has released a complete list of 16 teams that will compete in the Sportsbet.io World Football Cup 2020 which will take place from May 30 to June 7 in the capital of the Republic of Northern Macedonia, Skopje.

Of the 56 members registered in CONIFA representing 6 continents, 16 teams are qualified for the CONIFA World Cup 2020. This global event organized by CONIFA is being organized for the 4th time. It brings together nations that are left out of FIFA, have no state or represent de facto and de jure states that are occupied (Western Armenia).

Following Abkhazia 2016 and London 2018, the National team of Western Armenia will participate in this international tournament for the third time in a row.

Historical and legal reminder on Western Armenia to avoid any misunderstanding:

Recall for Western Armenia, that by the Council of People’s Commissars of Soviet Union December 29, 1917 decree proclaimed the rights of Armenians of the occupied territories of “Turkish Armenia” (Western Armenia) and the freedom of self-determination up to full independence.

And on January 19, 1920 the Allied Supreme Council at Paris Conference de facto and on May 11, 1920 at San Remo Conference de jure recognized the Armenian state in Western Armenia as an independent and sovereign state․

Western Armenia is one of the fighting states of World War I. It formed the Eastern Legion with France on November 15, 1916, involving Armenian volunteers, then, on February 1, 1919, the Armenian Legion was formed, the nucleus of the future Armenian National Army in Cilicia, which was first supported and then abandoned by France.

Turkey recognized Western Armenia by signing the Treaty of Sèvres (August 10, 1920), then occupied it.

Its border with Turkey was the subject of an Arbitration Award by the President of the United States Woodrow Wilson, on November 22, 1920, including the provinces of Bitlis, Van, Erzerum and Trebizond, but not recognized by the League of Nations and the UN bodies because it has since been occupied by Turkey.

On the occupied territories of Western Armenia from 1894 to 1923 the Armenian indigenous population was subjected to Genocide by three Turkish governments. The occupant Turkey then became a member of the League of Nations on July 18, 1932.

The city of Karin (Erzerum) is the official capital of Western Armenia recognized by the Allied Powers.

On the basis of article 93 of the Treaty of Sèvres, the rights of minorities are fully recognized by the State of Western Armenia.

Conference: The Treaty of Sevres and Centennial of Cilicia Independence