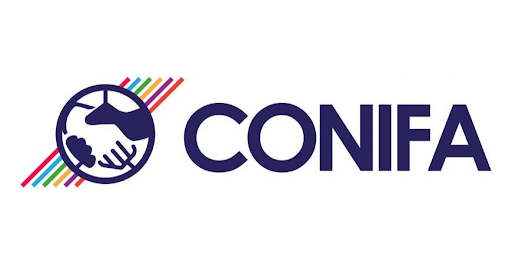 January 27 – Holders Kárpátalja face a typically eclectic group as they bid to win a second consecutive World Football Cup later this year in the North Macedonian capital of Skopje.

The east Europeans, also known as Carpathian Ruthenia and regarded by some as the shortest-lived state in history, will play Western Armenia, Tamil Eelam and one of the African representatives Kabylia in Group B of the 16-team competition which is scheduled to kick off in May.

The draw, which took place at the weekend during the annual general meeting of the Confederation of Independent Football Associations (CONIFA) in St Helier also saw Jersey bracketed with Panjab, Kurdistan and the Chagos Islands in a tough looking Group A.

CONIFA describes itself as the football federation for all associations outside FIFA. The 2020 event will be the fourth staging of the World Football Cup. The third edition in 2018 was held in and around London.

Reacting to the draw, Jimmy Ferrar, manager of the Chagos Islands, a British overseas territory in the Indian Ocean whose population was evicted to make way for a military base, said: “All four groups have tough teams in them, but ours is perhaps the toughest of them all. The boys are already calling it our Group of Death.”

The competition is scheduled to take place between May 30 and June 7. Kárpátalja lifted the trophy in 2018 by beating Northern Cyprus on penalties in the final.

Historical and legal reminder on Western Armenia to avoid any misunderstanding:

Recall for Western Armenia, that by the Council of People’s Commissars of Soviet Union December 29, 1917 decree proclaimed the rights of Armenians of the occupied territories of “Turkish Armenia” (Western Armenia) and the freedom of self-determination up to full independence.

And on January 19, 1920 the Allied Supreme Council at Paris Conference de facto and on May 11, 1920 at San Remo Conference de jure recognized the Armenian state in Western Armenia as an independent and sovereign state․

Western Armenia is one of the fighting states of World War I. It formed the Eastern Legion with France on November 15, 1916, involving Armenian volunteers, then, on February 1, 1919, the Armenian Legion was formed, the nucleus of the future Armenian National Army in Cilicia, which was first supported and then abandoned by France.

Turkey recognized Western Armenia by signing the Treaty of Sèvres (August 10, 1920), then occupied it.

Its border with Turkey was the subject of an Arbitration Award by the President of the United States Woodrow Wilson, on November 22, 1920, including the provinces of Bitlis, Van, Erzerum and Trebizond, but not recognized by the League of Nations and the UN bodies because it has since been occupied by Turkey.

On the occupied territories of Western Armenia from 1894 to 1923 the Armenian indigenous population was subjected to Genocide by three Turkish governments. The occupant Turkey then became a member of the League of Nations on July 18, 1932.

The city of Karin (Erzerum) is the official capital of Western Armenia recognized by the Allied Powers.

On the basis of article 93 of the Treaty of Sèvres, the rights of minorities are fully recognized by the State of Western Armenia.